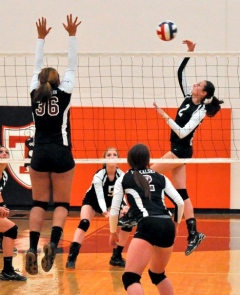 Sarah Dawsey had four points, three kills and 24 digs and Sam Peachey had a kill, while Emily Gorman had seven digs and Macy Elliott had a dig and an assist.